After a short stay at the vets Toby our fake, feral, farm feline has returned home to rest and recover from his serious viral infection. He’s been very ill and would surely not have made it had he not been the kind of feral farm cat that masquerades as a placid, affectionate and much loved family pet that lives indoors. That and lots of nursing and drugs from me and the vet of course!
Well it’s great to finally have him back and on the road to recovery even if he is a little clingy and demanding. A period of syringe feeding, medicating and hospitalisation is bound to have an effect on an impressionable young cat and in Toby’s case it seems to have manifested itself in a preoccupation with joining the veterinary profession.


Since his return he has established a make shift surgery in the kitchen which seems very popular with the rest of the animals. So popular in fact, that a number of them now appear to be inventing symptoms in order to receive his attention.

Yesterday Buffy turned up on the door step with a suspected case of lost leg syndrome and Polly feigned her own death in order to get to the front of the queue!   Now that Toby is feeling much better he is keen to get out and about, especially as he has a number of house calls to make. From what I understand it appears that an urgent case of contagious broodiness seems to have broken out in the chicken coop which demands his attention, along with a large number of the local rodent population who he suspects may be suffering from imminent dead mouse disease.


I’m delighted with his return and recovery of course, and incredibly grateful to the Vet…… It’s just a shame that there isn't a cure for his eccentricity…….

Posted by thechickenwhisperer at 09:59 No comments:

For me there are two high points in the shepherding year. The first and perhaps most obvious is lambing time, when my ewes get to reap the fruits of their labour and I get to savour the surprise and wonder of seeing the quantity and quality of my latest crop of lovely lambies.  The second high point for me is shearing time when I get to see how the previous year’s lambies have shaped up.

The Ryelands heavy fleece hides a multitude of sins so it’s not until my flock is freed of all that wool that I really get to see how my youngsters are put together and in the case of the chubbier members of my flock…just how chubby they are.
This year’s sheepy hair cuts revealed that Buddy my coloured ram had grown up to be a rather a superb chap. Well defined, solid, dark fleece and looks in great condition. His roomie and great grandpa Luke however is rather portly so it’s easy to see who was getting the lion’s share of this winters fodder beet ration!
Sweet little Tiger-Lilly was sheared for the first time too though the results were a bit mixed. Her little sheepy body looks just great but her lack of wool reveals the fact that the disproportionately large ears that she had as a lamb had not diminished with age.

Despite the discomfort of an itchy, heavy fleece they clearly miss it when its gone and Buddy and Luke spent much of the weekend revisiting the sacks of fleece and smelling it as well as “helping” me to sort it and clean it. Perhaps I should knit them some chunky sweaters to wear after shearing next year to help them acclimatise….. 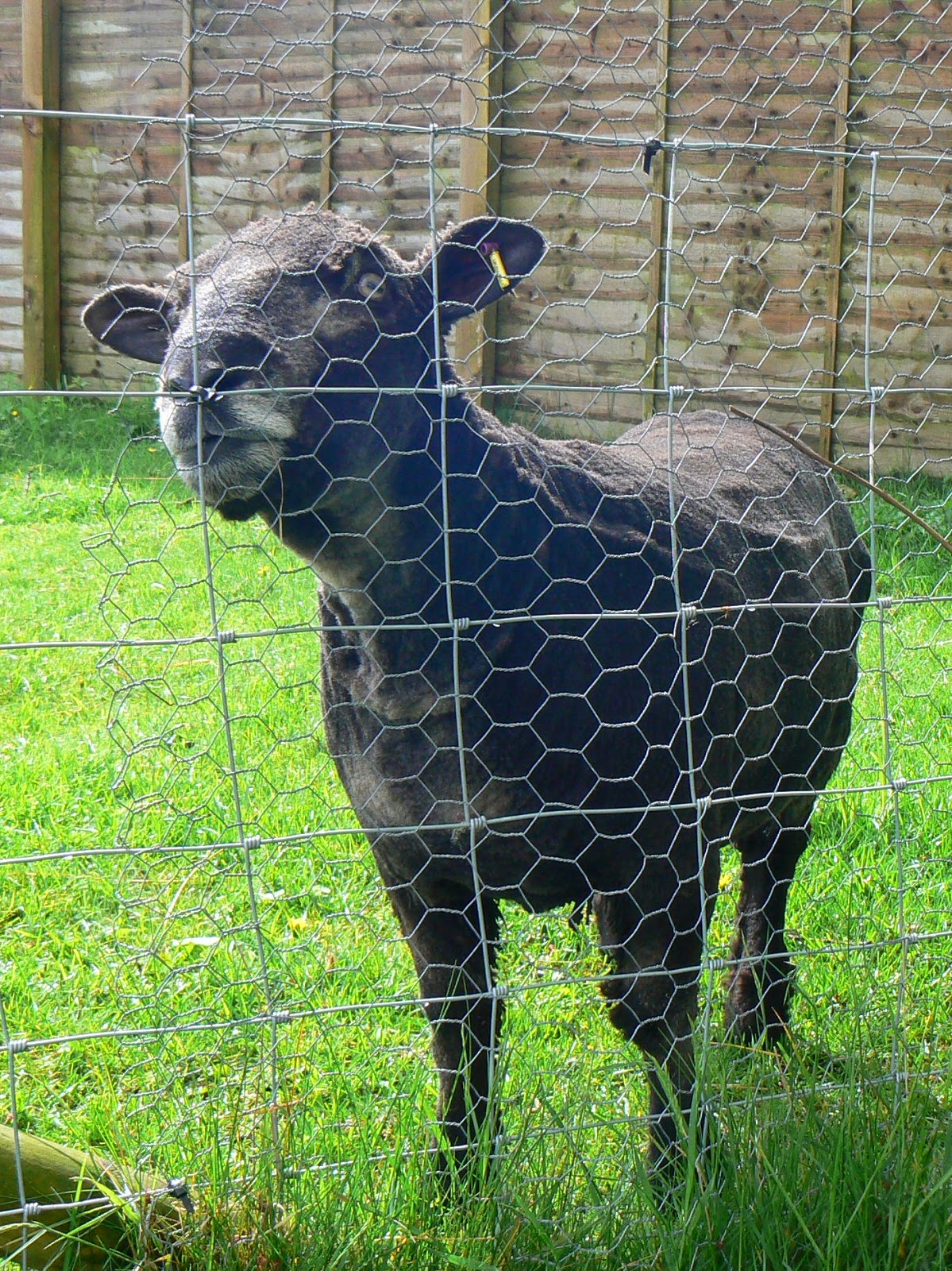