A Diamond Dove for the day! 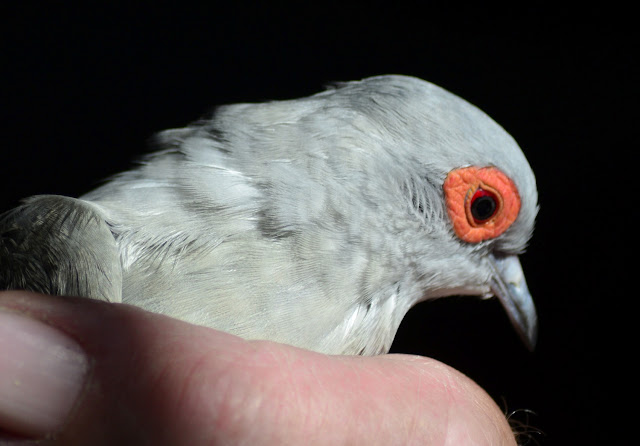 I realise that the life I lead is a little less than mainstream, that my animals are rather eccentric and that I myself could be described as somewhat unorthodox. So when a friend of mine asked if I could bird sit her diamond dove, Piff, it seemed like the most natural thing in the world. 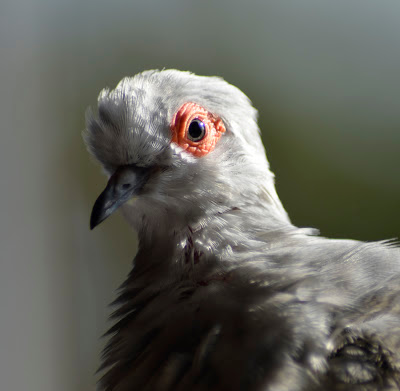 After all, I had met Piff at his home on a number of occasions and he had popped round to my house once (not on his own you understand) and preened himself at the kitchen table. However, despite looking after my own animals, taking care of other people’s pets can suddenly feel like a huge responsibility and by the time he arrived I was doubtful that he would survive the day.
I needn’t have worried though, as Piff is an experienced traveller who loves meeting new people and animals. He put me at my easy straight away as we discovered a mutual interest in vintage radio comedy. He sat on his cage preening and cooed happily in response to the sound track of a parrot in an episode of Dad’s Army. 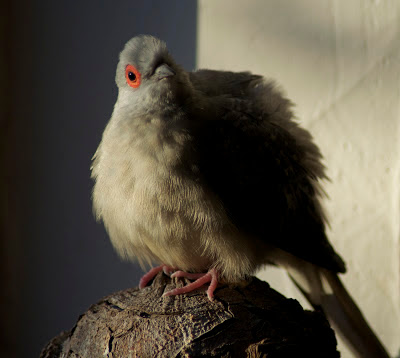 After a light lunch of mustard cress and linseed (that was Piff’s lunch, not mine) he spent a little time with my other half in the workshop, before winding up his day wandering along the living room window sill surveying the garden and chatting to himself.
By the time his owner, Cathi, came to collect him later that evening, we were all quite settled and even the cats were sad to see him go (though they may have had their own reasons for this). Despite being only a small bird, Piff has a big personality and the place seemed quite empty when he had gone.  I do hope he visits again soon. 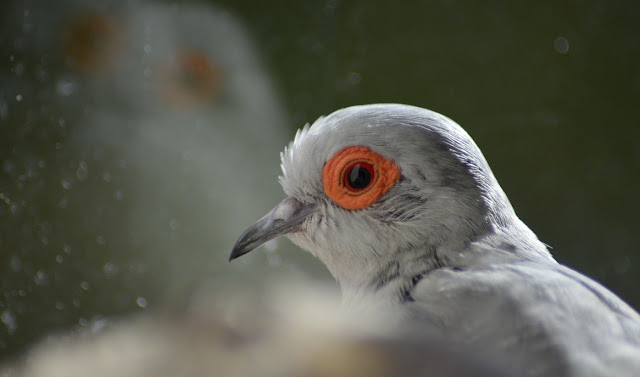