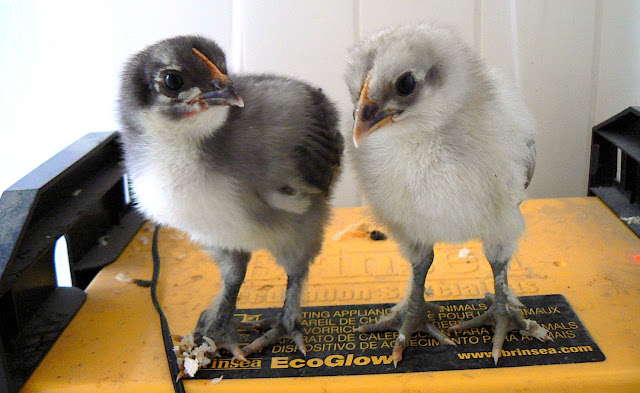 It’s 3 weeks now since my little chicks hatched and they are really growing up. In the past week they have learned that the sound of the vacuum cleaner is not a signal to run, jump and flap about the place like Corporal Jones from Dad’s Army, and that being picked up by me does not result in death! They have also discovered that food in a different dish is still food and that going to the toilet in your water bowl is never a good idea. Not only does it spoil the water but you get wet and cold when you fall in! 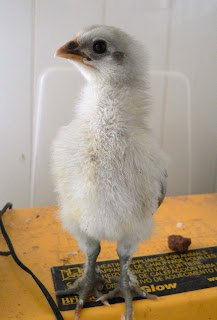 Their little world is all very new and exciting and they are now confident enough to explore. We have had a few surprisingly sunny days in the last couple of weeks and the greenhouse has reached a whopping 18 degrees as a result. This has meant that they have been able to play in there for much of the day without needing to return to their brooder for warmth.
They are really in need of a bit more variety and stimulation in the form of bugs, grass, weeds, dust and perching materials, but its way too cold to let them play out at present. Their baby fluff is gradually turning into feathers, especially on their wings so they will shortly enter the ugly duckling phase of transformation, from chicks to growers. 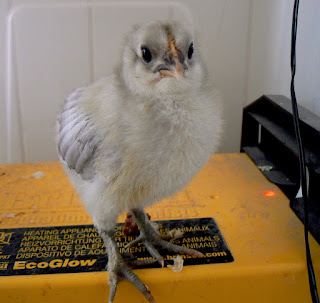 They are chatty and lively and dart about like little mice, so photographing them is tricky. They don’t have names yet as I like to wait until their gender and personality is established. Though one of them looks remarkably like a character from an Edward Dory book so perhaps that name will stick. 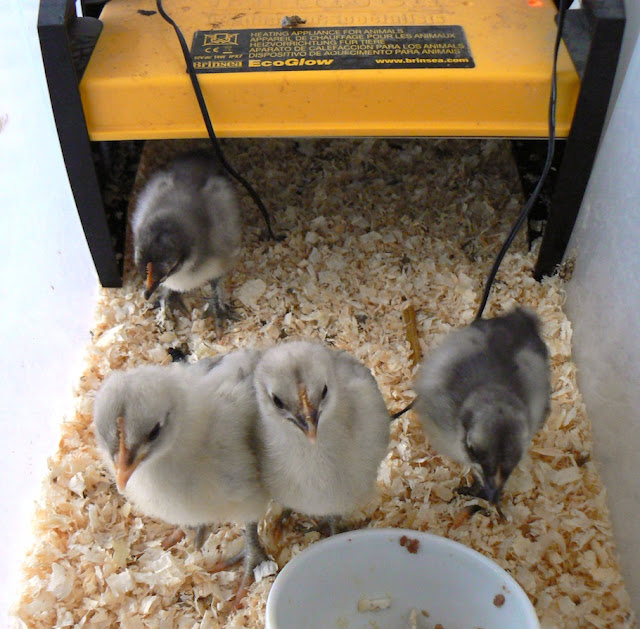