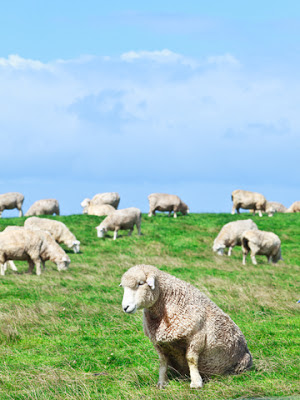 (Warning: graphic content)
If your ewes are expecting to lamb in the coming months, as mine are, then you are probably well aware of the potential for their developing lambs to be effected by the Schmallenberg virus.
The virus, which is carried by midges, is spread from animal to animal through the midge bite and therefore the chance of infection is at its greatest during the height of the midge season in the warmer months of the year. Sheep, goats and cows are all susceptible.
In the case of sheep, the expectation is that ewes which were tupped in July for early lambing in January will be most affected, as many of these ewes will have been exposed to the virus during the second month of pregnancy.
Having just spent some time lambing with a local commercial sheep farmer whose ewes had been affected by the virus, I thought that I would share my experiences.
The most common effects of the virus are stillborn lambs, deformed lambs with abnormally bent joints, twisted spines and heads, fixed limbs that won’t flex, swollen heads, lambs which appear normal at birth and then deteriorate or die, and barren ewes.
For those of you whose ewes tend to lamb unassisted, then protracted labour, signs of distress during contractions and discoloured fluid in the amniotic sack are all signs to watch out for. If you decide to assist your ewe in delivering her lambs, then an internal inspection may reveal some unexpected presentations. Heads that are at unusual angles and that spring back into place when you try to correct them are an indication of a deformity of the spine.
Elongated limbs which do not flex or are bent backwards, are another sign. The deformed lambs that I delivered were thankfully no longer alive, but getting them out did prove very difficult. Rotating or manipulating the rigid limbs can potentially cause internal injury or abrasion to the ewe and the bacteria present from the putrefying lamb increases the possibility of internal infection.
Some lamb’s limbs are locked in such a way that it makes it virtually impossible for them to pass through the pelvis, as their body cannot be aligned with their head or limbs, and the commencement of decomposition can result in the dead lamb breaking up when being pulled out. In these cases support from your vet would be required in order to remove the lamb and save the ewe. 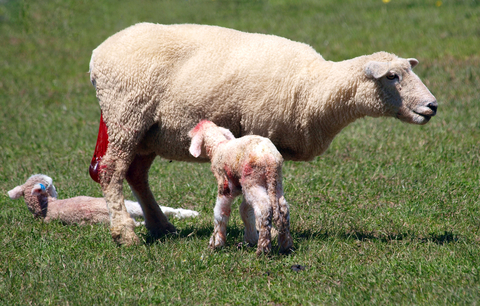 In the instance of ewes delivering twin lambs, although the first lambs were often alive, the second ones were occasionally dead. Where this also involved breech lambs, the first lamb quickly began to deteriorate shortly after birth.  Many lambs appeared to have developed fully and normally but were stillborn. Some lambs may display nervous disorders such as blindness or fitting, so do watch out for signs of this amongst what appear to be healthy lambs.
On a more positive note however, there is a theory that sheep that were infected with the virus outside of pregnancy will develop a strong immune response that will protect them against subsequent infection. So hopefully those of us who lamb late will be spared.